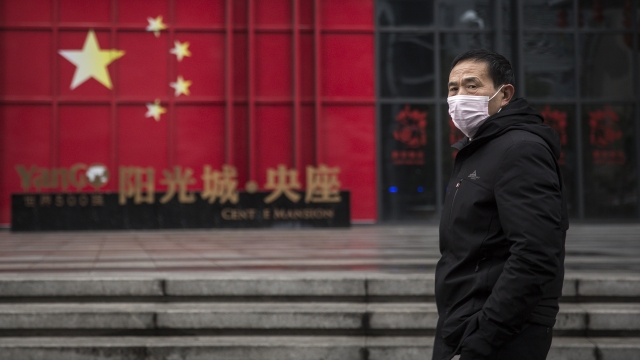 A new case of the coronavirus has been confirmed in California. This brings the number of patients in the U.S. with the virus to at least 13.

The CDC says this latest patient was diagnosed while under a 14-day federal quarantine after returning from Wuhan, China. The individual has since been moved from Marine Corps Air Station Miramar to a nearby San Diego hospital for treatment.

New cases of the virus are being reported every day. It's killed at least 1,018 people and infected more than 43,000 others.

Monday marked the first time since the outbreak began in late 2019 that more than 100 people died from the coronavirus in a single day.

The majority of the deaths are occurring in Wuhan, the capital of Hubei province and the epicenter of the outbreak. The Chinese government has been criticized for its initial handling of the virus. Since then, it's been working to gain back the public's trust — including firing two of Hubei's top health officials.