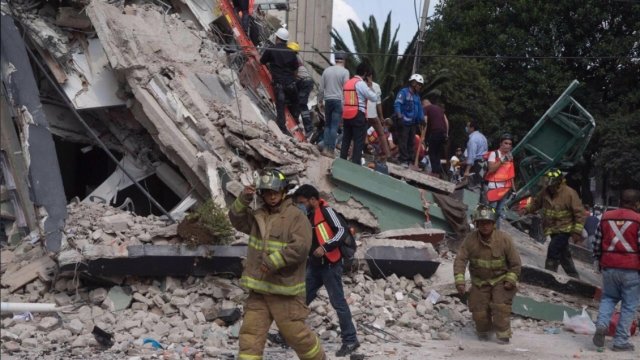 SMS
Rescue Operations Continue After Mexico's Deadly 7.1 Magnitude Quake
By Katherine Biek
By Katherine Biek
September 19, 2017
As of Thursday, the death toll from the earthquake reached at least 230.
SHOW TRANSCRIPT

After a powerful 7.1 magnitude earthquake struck Mexico on Tuesday, rescue crews are still frantically searching for survivors trapped in the rubble. The death toll has now risen to at least 230 people from across the region.

A government official previously stated as many as 248 people had died, but that number was later revised.

The earthquake struck around 1 p.m. local time. The epicenter was southeast of Mexico City, about 70 miles away — 100 miles by road.

Tuesday's earthquake occurred on the anniversary of the deadly 1985 quake that killed thousands when it struck near Michoacan state.

Mexico's President Enrique Peña Nieto urged citizens to remain united. As of Wednesday evening, he reported more than 50 people had been rescued from the rubble and that more than 1,900 people had received medical treatment.

Mexico's secretary of public education said the earthquake damaged more than 2,200 public schools. At least 25 people, most of whom were children, died inside a private school that collapsed in the quake. 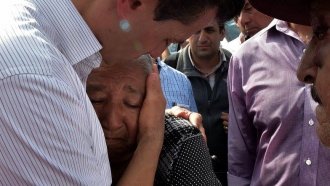 That private school is one of at least 44 buildings that collapsed in Mexico City, according to officials.

Mexico is also recovering from an 8.1 magnitude earthquake that killed close to 100 people Sept. 7.