Death Toll From Indonesia Earthquake And Tsunami Continues To Rise 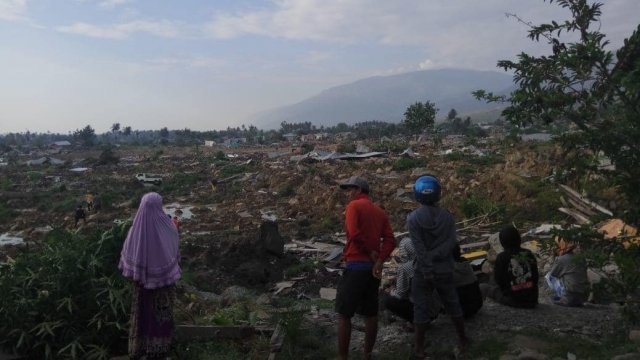 The tsunami struck Palu, a small city on the northern coast of Sulawesi, one of the country's biggest islands on Friday.

More than 1,200 people have died in Indonesia after a 7.5 magnitude earthquake shook the island of Sulawesi and then triggered a tsunami on Friday.

The majority of the deaths confirmed so far were in Palu, Indonesia, a city of some 350,000 people near the quake's epicenter. Authorities fear survivors could still be stuck in toppled buildings.

Officials say it's hard to know the extent of the damage in surrounding areas because roads were damaged in the earthquake. Indonesia's disaster management agency says the quake may have impacted 2.4 million people.

The tsunami and quake knocked out power and closed the major airport in the region, although part of the runway is reportedly in-tact enough for planes carrying aid to land.

Indonesia's president visited Palu on Sunday to survey the damage. On Saturday, he authorized the military to help with the relief efforts.

This is just the latest disaster to rock Indonesia in recent months. In August, earthquakes in the country killed more than 400 people on the island of Lombok, a popular tourist destination.