Death Toll From Laura Rises To 15, Hundreds Of Thousands Without Power 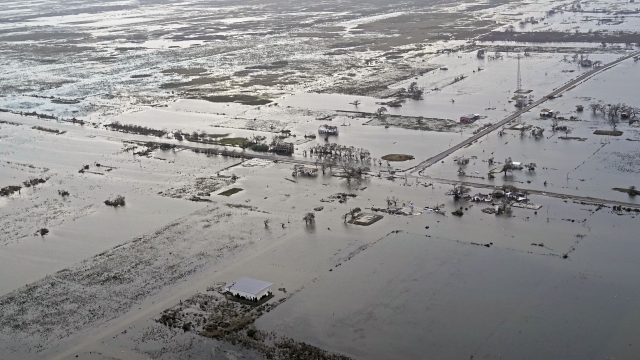 The death toll from Hurricane Laura rose to 15 on Friday. Ten deaths are in Louisiana and five in Texas. Some are believed to have been caused by carbon monoxide poisoning from emergency power generators.

Hurricane Laura ripped through Louisiana early Thursday. It was the most powerful hurricane to hit the state — even stronger than the deadly Hurricane Katrina that slammed into New Orleans. Saturday was the 15th anniversary of Katrina's landfall in 2005.

Laura has turned parts of cities into lakes and left some neighborhoods in ruins. Many buildings are missing large parts of their roofs. And over 400,000 homes and businesses in Louisiana are without power. Satellite images show the destruction the storm caused. Power could be out in some communities for weeks or even months. The outages compound the danger of heat advisories forecast for the area.

President Donald Trump approved a disaster declaration for the state Friday night. It frees up federal funding for affected parishes. That funding can include grants for temporary housing and home repairs, low-cost loans to cover uninsured property losses and other recovery programs.