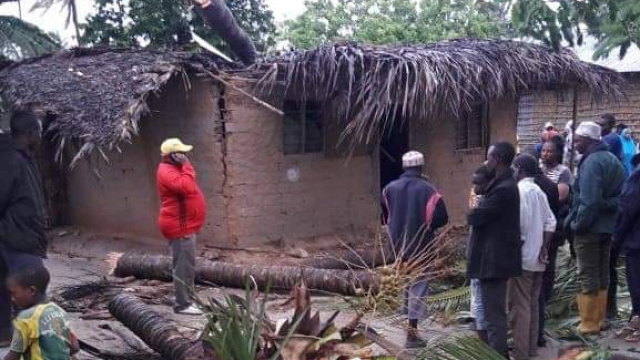 The death toll from Cyclone Kenneth in Mozambique has risen to at least 38 people.

The cyclone made landfall in the northeast part of the country Thursday as a Category 4 storm. It's the strongest storm ever recorded in the region.

The cyclone brought heavy rains, flooding and mudslides. It's destroyed at least 3,400 homes and displaced more than 18,000 people. And about 20 more inches of rain is expected in the area this week.

Mozambique's National Institute for Disaster Management says around 168,000 people are at risk as floodwaters continue to rise. Save the Children said 700,000 people were in the cyclone's path.

Kenneth is the second large storm to hit Mozambique in recent weeks. In mid-March, Cyclone Idai made landfall in the southern part of the country, killing at least 600 people.