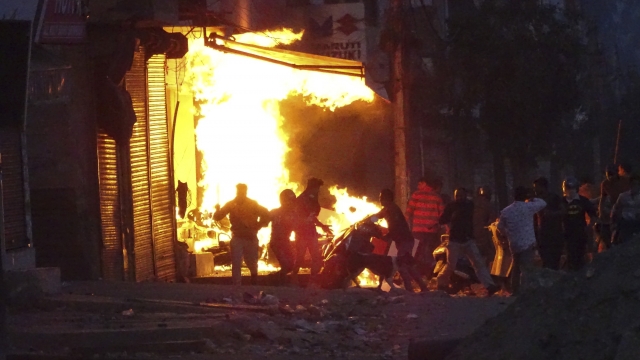 At least 20 people have been killed and around 200 injured.

In December, India's parliament passed the CAA, providing a path to citizenship for migrants from three Muslim-majority countries — so long as they are not Muslims. Critics argue the law is anti-Muslim and violates India's secular constitution. They also cite the government's annexation of Kashmir in August.

Demonstrations against the CAA have continued for more than two months and have been largely peaceful. But violence erupted on Sunday, when supporters of the law attacked protesters in Muslim-majority areas of northeastern Delhi. Protesters destroyed businesses and homes in the process.

On Wednesday, India's Prime Minister Narendra Modi tweeted: "Peace and harmony are central to our ethos. I appeal to my sisters and brothers of Delhi to maintain peace and brotherhood at all times. It is important that there is calm and normalcy is restored at the earliest."

Modi's political party BJP is denying accusations it's biased against India's 180 million Muslims, and its officials are urging all parties to avoid escalating the situation. But critics have accused the BJP of instigating attacks against anti-CAA demonstrators.