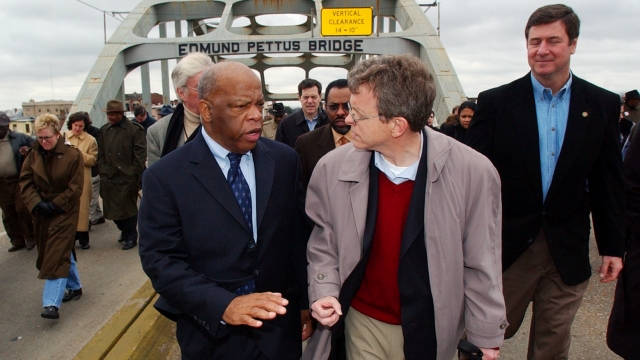 U.S. Rep. Jim Clyburn, a longtime friend of Lewis, is one of the most vocal supporters of the change.

The death of civil rights icon and U.S. congressman John Lewis Friday sparked renewed calls to rename an iconic bridge in Selma, Alabama after him.

In 1965, peaceful protesters marched for civil rights across the Edmund Pettus Bridge, which is named after a Confederate general and KKK leader. Lewis was one of the leaders of the march from Selma to Montgomery. It's remembered as "Bloody Sunday" because the demonstrators were beaten by Alabama state troopers.

As of Sunday morning, a petition to rename the bridge after Lewis had reached over 450,000 signatures.

U.S. Rep. Jim Clyburn is one of the most vocal supporters of the change.

Clyburn told CNN on Saturday: "For them to rename that bridge in John's honor would be great, a great symbol for the future."

Clyburn and Lewis had known each other for 60 years.