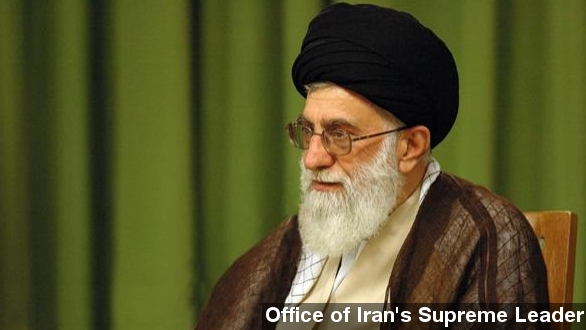 The Wall Street Journal had the scoop first. We don't know the contents of the letter but according to one diplomat who spoke to the Journal, the letter was “respectful but noncommittal."

It came in response to a letter Obama sent the Iranian cleric back in October, in which he called for cooperation in the fight against ISIS.

That’s believed to be at least the fourth letter the president's penned to Iran's ayatollah since taking office and vowing to pursue better relations with America's longstanding rival. (Video via The White House)

"This notion that by not talking to people we are punishing them has not worked," President Obama said in 2008. (Video via C-SPAN)

The U.S. cut off all diplomatic ties with Iran in 1980 following the hostage crisis at the U.S. Embassy. But relations between the two countries have improved since the election of Iran’s so-called "moderate" president Hassan Rouhani. (Video via U.S. National Archives, Press TV)

In September 2013, Obama and Rouhani spoke by phone  — the first time in over 30 years that the sitting presidents of both countries had spoken directly.

The latest correspondence between Obama and Khamenei comes at a critical time in nuclear negotiations between Iran and a group of six nations, led by the U.S.

Last year, they reached an interim deal that involved scaling back Tehran’s nuclear program in exchange for the easing of some sanctions. They hope to reach a permanent deal by June 30.

Khamenei — who has final say on all decisions in Iran — recently suggested he was open to a compromise. (Video via Office of the Supreme Leader)

This video includes images from Getty Images, the U.S. Department of State and the Office of Iran's Supreme Leader.