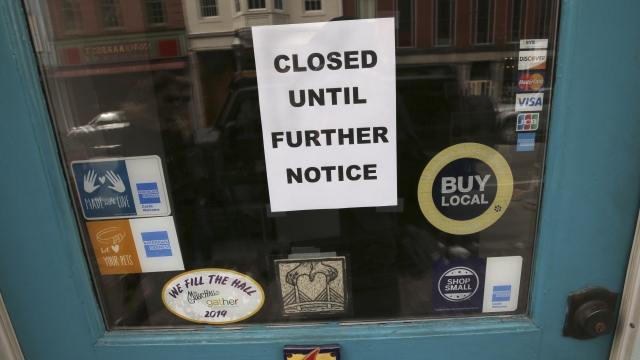 A federal program designed to help small business owners hurt by the coronavirus pandemic may be close to being re-funded. Congressional and White House officials on Sunday indicated that an agreement was near on a reboot of the Small Business Administration's "Paycheck Protection Program," which had run out of money within minutes of taking applications.

House Speaker Nancy Pelosi said on ABC that officials are “very close” to an agreement. Treasury Secretary Steven Mnuchin told CNN that the White House and Congress could reach a deal Sunday to provide about $300 billion for small businesses and $50 billion for disaster loans.

Last week, private lenders like Wells Fargo and JP Morgan Chase said that $350 billion from the the first round of the "Paycheck Protection Program" ran out as quickly as it opened on April 3.

The program aims to provide loans to businesses with less than 500 employees. Those loans would turn to grants if businesses maintained payroll and avoided layoffs.

Funding for the initial program was first-come, first-served. On the first day, Bank of America said it received 10,000 applications an hour. There are more than 35 million small businesses in the U.S. and only 1.6 million loans were approved.

Many small businesses didn't get a chance to even apply.

CNBC said Mnuchin wants the new, re-funded program up and running by Wednesday.