'Deadpool' Has Conquered The World But Not North America 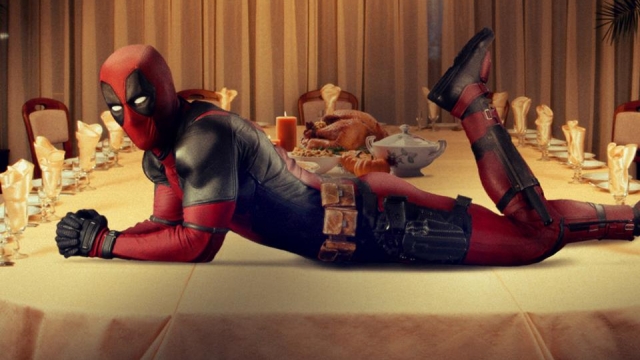 The movie has generated almost $746 million in ticket sales worldwide as of Tuesday, making it the highest-grossing rated-R film globally.

Deadpool isn't the kind of superhero we're used to, but his film is now the highest-grossing rated-R movie ever.

2003's "The Matrix Reloaded" previously held that top spot with about $742 million.

Projected to earn no more than $75 million in its opening weekend in North America, "Deadpool" defied all expectations, pulling in $152 million — a new record for President's Day weekend.

The film about the Merc with a Mouth also is the highest-grossing film for a February opening, rated-R opening weekend and opening for 20th Century Fox.

Now there's one caveat to Deadpool's latest box office record: While he's earned the top rated-R spot worldwide, he hasn't done that yet in North America where the film has pulled in about $349 million.

Based on domestic figures, "The Passion of the Christ" and "American Sniper" still beat "Deadpool."

But just the fact that a rated-R comic book film, and one about an antihero at that, has been this successful at the box office is a huge deal for new flicks.

An extended rated-R cut of DC's "Batman v Superman: Dawn of Justice" will be released on DVD this summer.

And while Warner Bros. is aiming for a PG-13 rating for its upcoming "Suicide Squad" film, it won't be a typical comic book movie.

There's also a "Deadpool" sequel in the works, and it just wouldn't be the same if the mouthy Wade Wilson was toned down.