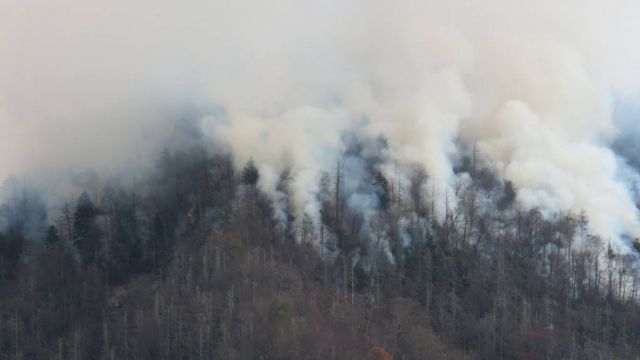 It's unclear if they were intentionally set.

Authorities in Tennessee say humans might be to blame for the deadly wildfires that have killed at least seven people and injured over 50 more.

Great Smoky Mountains National Park officials told several media outlets they believe the original blaze that sparked more than a dozen others was "likely to be human-caused." They didn't say whether it was intentionally set.

According to local media, roughly half of all wildfires in Tennessee this year were the result of suspected arson.

SEE MORE: Israel Says Arsonists Are To Blame For Wildfires Across The Country

And the National Park Service says humans cause as many as 90 percent of wildfires in the U.S. — either intentionally or accidentally. Natural events, such as lightning or lava, start the rest.

In eastern Tennessee, the blazes have burned about 16,000 acres, destroying hundreds of buildings and forcing thousands of residents to leave their homes. Strong wind gusts and dry conditions fanned the flames earlier this week.

Rain provided some much-needed help for firefighters battling the blazes Wednesday, but the wildfires were only 10 percent contained as of Thursday morning.