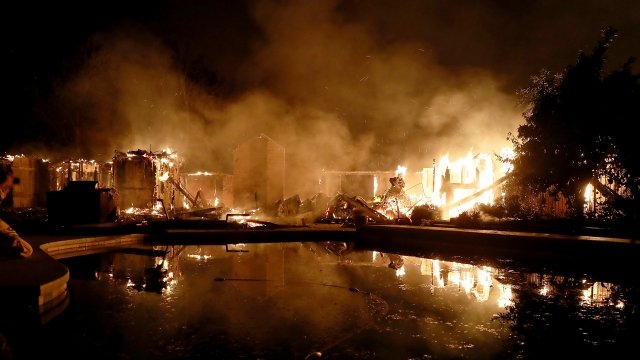 At least five people have died in a massive wildfire in Northern California.

The so-called Carr Fire has now burned more than 83,000 acres. More than 3,000 firefighters are battling the fire, which was only 5 percent contained as of Sunday morning.

The fast-moving pace of the fire is forcing some residents to flee their homes on short notice. A Cal Fire spokesman told reporters that the fire is "taking down everything in its path."

Cal Fire has blamed the mechanical failure of a vehicle for starting the blaze.