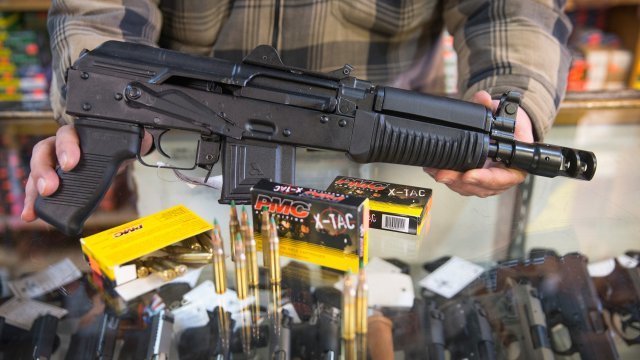 SMS
Expect A Rise In Gun Sales After Deadly Shooting In Las Vegas
By Gabrielle Ware
By Gabrielle Ware
October 2, 2017
The deadly shooting in Las Vegas could prompt another surge in gun sales — just like other mass shootings before it.
SHOW TRANSCRIPT

That's probably because of a pattern we've seen following mass shootings: Gun sales tend to surge in their aftermath.

Analysts believe the rush to purchase firearms is based on the fear that mass shootings will prompt stricter gun laws.

Gun sales spiked after the 9/11 attacks and after the shootings in San Bernardino, California, and Pulse nightclub in Orlando, Florida.

Former President Barack Obama called for more regulation of assault rifles following the 2012 Sandy Hook school shooting. After that, some retailers reportedly had a hard time keeping them on the shelves.

Mass shootings can also spark personal safety fears, which might boost gun sales. A 2013 Pew survey found self-protection is the most commonly cited reason for owning a gun. 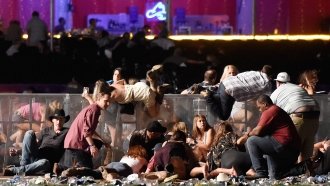 Democrats in Congress, including House Minority Leader Nancy Pelosi and Senate Minority Leader Chuck Schumer, have renewed their calls to pass stricter gun control laws in the wake of the shooting.