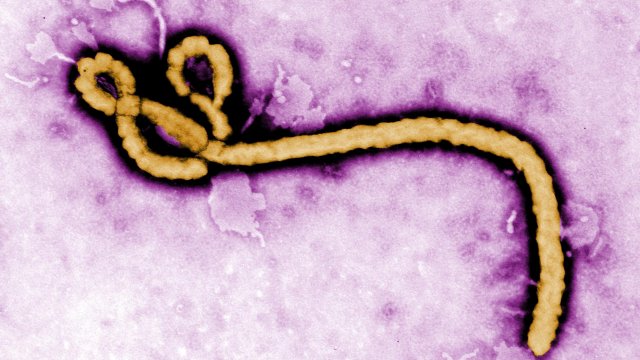 SMS
Deadly Ebola Outbreak In The Congo Surpasses 1,000 Cases
By Briana Koeneman
By Briana Koeneman
March 25, 2019
According to the country's health ministry, since the epidemic started, there have been 1,009 cases of the disease.
SHOW TRANSCRIPT

The ongoing Ebola outbreak in the Democratic Republic of Congo has infected more than 1,000 people.

According to the country's health ministry, since the epidemic started last August, there have been 1,009 cases of the disease — 944 have been confirmed, and 65 are probable. The death toll now stands at 629.

This is the second-largest Ebola outbreak in history. The largest outbreak on record occurred in West Africa and killed more than 11,300 people between 2014 and 2016.

The day before the DRC's latest numbers were announced, the director-general of the World Health Organization reaffirmed the agency's commitment to ending the epidemic.

He said in a statement: "We use words like 'cases' and 'containment' to be scientific, but behind every number is a person, a family and a community that is suffering. This outbreak has gone on far too long."

Health officials say they hope to have it contained by September.