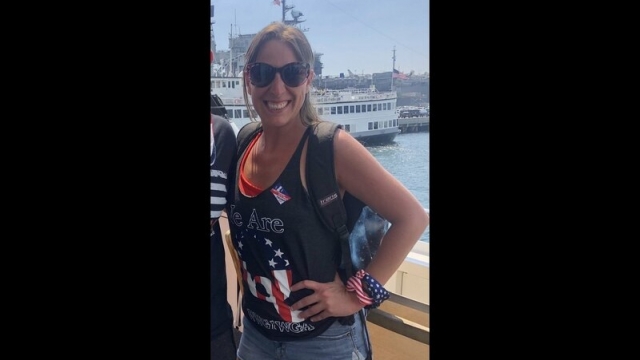 Washington, D.C., police are investigating the shooting of a former D.C. National Guard member who rioted on Capitol Hill.

Newsy has confirmed the rioter killed by Capitol police was a former member of the D.C. National Guard. Ashli Babbitt was  shot and killed breaking into the very buildings she had previously sworn to protect.

"i’m so sick of these politicians in this god damn state. i can’t take it anymore," Babbit said in a tweet.

Ashli Babbitt  traveled from her home in California to attend the protest. During the riot, the 35-year-old was seen with a mob as they tried to rush through a barricaded door inside the Capitol building. She’s seen trying to move through a broken window. Newsy is pausing this video before Capitol police fired the fatal shot.

Babbitt posted frequently on social media describing herself as a veteran and avid supporter of President Trump.

“I’m telling you right now, you politicians…I'm putting you all on notice. every single one of you politicians in California, Gavin Newsome, Jerry Brown, Maxine Waters, Dunkin Hunter what the hell are you doing?” Babbitt asked in a tweet.

In some posts, she appeared to support the QAnon conspiracy theory.

Tuesday, she tweeted: "Nothing will stop us....they can try and try and try but the storm is here and it is descending upon D.C. in less than 24 hours....Dark to light!”

It was a stunning turn for Babbitt.

The Guard even profiled her in a 2014 article, saying as a military cop she deployed a total of eight times and even became a mentor to younger airmen deploying for the first time down range.

The Washington, D.C., police chief says they’re investigating the incident. The officer who shot her is on leave, which is standard protocol.