DEA Says It Will Expand Access To Marijuana for Research 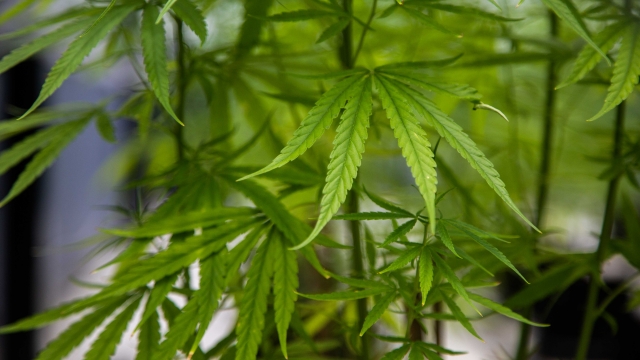 The DEA says it will draft new regulations to review pending applications from 33 marijuana growers hoping to provide weed for federal research.

The Drug Enforcement Administration said Monday it would begin processing applications from cannabis manufacturers to grow weed for federal research.

The announcement comes three years after the agency said it would begin accepting applications from cannabis producers. And experts are hopeful the move could help nudge Congress to decriminalize or even legalize weed nationwide.

So far, the DEA has received 33 applications from manufacturers in 18 different states and the District of Columbia hoping to grow marijuana for scientific and medical research.

More than two dozen of the applicants applied over two years ago.

The DEA said the "unprecedented"  number of inquiries would require the agency to develop new regulations before approving any pending applications.

In a statement, Attorney General William Barr said he was “pleased that DEA is moving forward with its review of applications for those who seek to grow marijuana legally to support research."

In a notice of the applications, the DEA said it anticipates that additional strains of marijuana will be made available for researchers.

"This should facilitate research, advance scientific understanding about the effects of marihuana, and potentially aid in the development of safe and effective drug products that may be approved for marketing by the Food and Drug Administration."

Legalization advocates are hopeful that more research on the potential health benefits of marijuana could push Congress to remove marijuana from the list of federally illegal controlled substances.

But some advocates worry the DEA's announcement is symbolic at best.

"According to the DEA’s filing, the agency has yet to even evaluate even one of the dozens of applications before it – many of which have been pending for more than two years, nor do they provide any timetable regarding when or if they ever will... it is inexcusable that the DEA continues to take this ‘head-in-the-sand’ approach to this rapidly changing cultural and legal landscape," said Erik Altieri, Executive Director of the National Organization for the Reform of Marijuana Laws (NORML).

Right now, only one manufacturer at the University of Mississippi is authorized to produce marijuana for federal research. But a recent study found that the chemical makeup of the flower from that facility is actually closer to hemp than marijuana.

In June, a group of researchers filed a lawsuit against the DEA over its inaction on applications from cannabis manufacturers.  A federal court ordered the agency to respond to the lawsuit.

The DEA also clarified that applicants wishing to grow hemp for research "no longer require DEA registration" due to changes in federal law. Hemp was legalized under the 2018 Farm Bill.