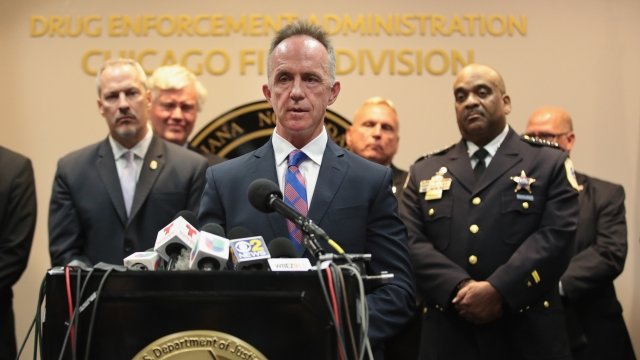 According to the DEA, Mexican drug trafficking organizations pose the biggest crime threat to the U.S.

Mexico and the U.S. might not agree on trade or border walls, but the two governments can agree on fighting drug cartels.

The countries have worked together on the issue for years. But Wednesday, officials from multiple American and Mexican agencies announced a new focus for the war on drugs.

According to the DEA, Mexican drug trafficking organizations pose the biggest crime threat to the U.S.

Investigators are going to focus on the drug routes into the U.S. and how cartels get their drug money back out of the country. The effort includes a new task force that will target drug distribution in Chicago and more international investigations focused on bringing cartel heads to justice.

"At the end of the day, we can knock off these lower-level drug traffickers here in Chicago or any major city in the United States, but we need to be able to expand the investigations, take the cartel leaders out of their comfort zones, and extradite them to the United States," said DEA Chicago Special Agent in Charge Brian McKnight.