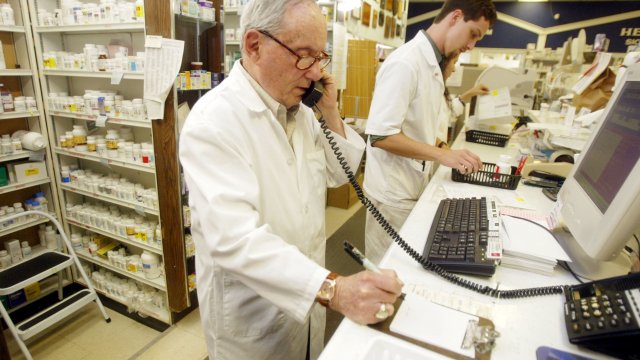 The Washington Post gained access to seven years of this data. Newsy spoke with one of the investigative reporters on its significance.

The U.S. pharmaceutical industry is a chain of entities working together to maintain a multi-billion dollar business. And with the ongoing opioid crisis at large, "My administration is officially declaring the opioid crisis a national public health emergency," President Trump said.

The finding was embedded in seven years of data the Post legally gained access to from a DEA system called ARCOS. It tracks every pain pill sold in the United States.

Investigative reporters focused on small, independent pharmacies with the highest stocks of oxycodone and hydrocodone. Like Shearer Drug in Kentucky, a family-run pharmacy handling nearly 6.8 million pills. Many were located in what Abelson dubbed "the opioid belt."

"We identified a number of pharmacies in Kentucky, in West Virginia, in Tennessee," she said.

But just because a pharmacy handles large volumes of pills doesn't necessarily mean they contribute to these deaths or violate the law. "Some pharmacists in New Mexico, for example, they were in a community where there are a lot of veterans, they had contracts with hospice workers," Abelson said.

But it does note the lack of industry policing — in this case between drug distributors and pharmacies. A number of counties and states argue the DEA is responsible, but "the government would say that they were doing a number of various law enforcement efforts throughout this period," Abelson said, "but clearly not enough that the crisis spread so rapidly and so wide."

Now a legal flurry is unfolding as the nation casts a closer look at who might have played a role in the opioid epidemic.