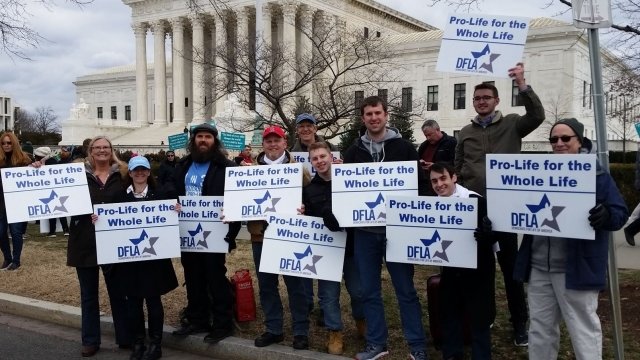 By Casey Mendoza
August 2, 2017
The Democratic Congressional Campaign Committee announced it would not withhold funding from anti-abortion candidates.
SHOW TRANSCRIPT

"I will defend Planned Parenthood. I will defend Roe v. Wade, and I will defend women's rights to make their own health care decisions," Hillary Clinton said during the last presidential debate of the 2016 campaign.

Hillary Clinton made a strong pitch, even among Democrats, for abortion rights during her 2016 campaign. But in the wake of the election, the Democratic Congressional Campaign Committee might be pivoting away from that position.

In an interview with The Hill, DCCC Chairman Ben Ray Luján said his committee would not withhold campaign funding from anti-abortion candidates.

Luján said he hopes the decision will widen the pool for Democratic candidates — specifically, the ones who have felt alienated by the party's pro-abortion rights platforms. The move, however, has resulted in a backlash from activist groups and other prominent Democrats. 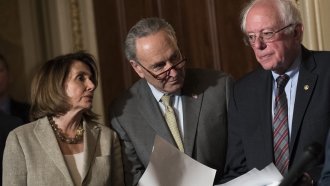 'A Better Deal' Is No Deal For Some Democrats

Prominent Democrats who oppose the decision include former Vermont Gov. Howard Dean, who tweeted he would withhold support for the DCCC. But Dean later clarified his tweet to The Hill, writing there are "degrees of pro life." Back in May, the former governor also said the Democratic Party should include people who oppose abortion.

The DCCC's decision comes after a group of anti-abortion Democrats met with Democratic National Committee chairman Tom Perez. The group requested the DNC welcome more anti-abortion people, drop opposition to the Hyde Amendment — which prohibits the use of federal funding for abortions — and publicly denounce abortion rights as a decisive factor for party support.

A recent Pew survey reports that about one in five Democrats are anti-abortion. But the anti-abortion group "Democrats For Life Of America" argues that number is closer to one in three — and says ignoring that demographic could be harmful to the party.

Those arguments weren't enough to change the DNC platform yet. A spokeswoman from the committee said after the meeting: "Our party platform makes clear that Democrats trust women to make their own choices about their body and their health."