DC Wants To Be Its Own State, And Clinton And Sanders Approve 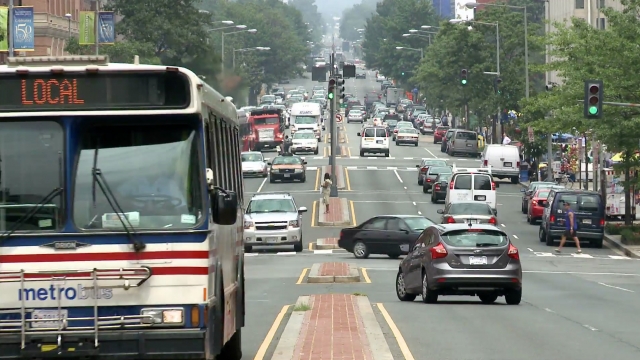 SMS
DC Wants To Be Its Own State, And Clinton And Sanders Approve
By Melissa Prax
By Melissa Prax
June 12, 2016
For District of Columbia residents, the issue of statehood has been recurring for decades. Bernie Sanders became the movement's latest backer.
SHOW TRANSCRIPT

The American flag could be getting another star if the District of Columbia's push for statehood works.

D.C. faces a unique challenge — its nearly 700,000 residents aren't represented in the Senate, even though they pay taxes.

The push for statehood has been ongoing since the 1980s. And some in the nation's capital are calling it "taxation without representation."

That point seemed to hit home with the movement's latest backer — Bernie Sanders.

Hillary Clinton has voiced her support, too, saying she would be a "vocal champion" for the movement.

Supporters for the movement say it's been a slow process — D.C. residents weren't able vote for president until 1964.

Opponents to a D.C. state have been largely Republican — because they don't want another blue state. A Republican-majority Congress shot down the idea in the '80s.

But D.C.'s current mayor, Muriel Bowser, is pushing again — this time with the petition method.

Bowser told residents in April her goal was to get the issue on the ballot in November.