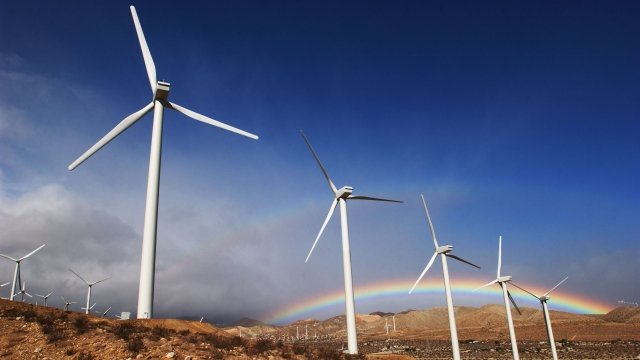 It looks like Washington, D.C., is on the fast track to running on 100 percent clean energy.

The D.C. City Council unanimously passed a bill Tuesday that would require all the city's energy to come from renewable sources by 2032.

That means all businesses, homes and local entities across the city's electric grid would need to transition to clean energy in that time frame.

To speed up the process, the bill would create new building efficiency standards, provide electric car incentives and raise fees on fossil fuels. Some of that revenue would go toward helping fund clean energy for lower-income residents.

D.C. isn't the first city or state in the U.S. making the green energy transition.

Most recently, California passed legislation that requires the state to use 100 percent carbon-free electricity by 2045. Hawaii and several cities have also committed to running on clean energy, and more states are looking to do the same.

The D.C. bill now heads to the mayor's desk for her approval. She's expected to sign it.