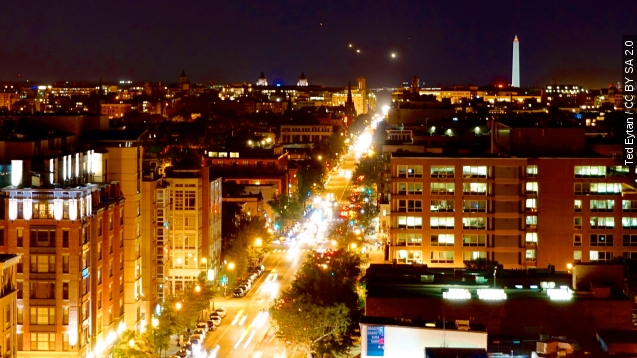 "Only three countries in the world report that they don’t offer paid maternity leave. ... And the United States is one of them," President Obama said in a weekly address.

A new bill introduced Tuesday would offer a massive 16 weeks of paid family leave for almost all full and part-time workers in Washington, D.C. The leave would include time to take care of a sick family member, a newborn or recently adopted kid. (Video via WJLA)

To pay for the leave, a new tax would be levied on all private employers on a sliding scale from 0.6 percent to 1 percent.

Stronger paid-leave policies have been a huge initiative for the Obama administration, which claims the U.S. needs to "lead on leave." According to The Washington Post, around a dozen other states and cities are studying the impact of similar laws, with grant support from the Department of Labor. (Video via U.S. Department of Labor, ABC)

And there seems to be a ton of support from the public, too. A poll for the Make It Work Campaign found 88 percent of people think workers should have paid sick days to care for themselves or family members.   (Video via PBS NewsHour)

As you can imagine, not everyone is on board with mandatory paid family leave. Opponents say it can become cost-prohibitive for businesses and isn't good for the bottom line. (Video via WUSA)

"It's unfair to D.C. businesses and what I'm concerned about it's going to make us not competitive regionally. It goes further than anything in the country," Harry Wingo, Jr. of the D.C. Chamber of Commerce told WRC-TV.

The state of California does have paid family leave, and a survey found 91 percent of California business owners said the leave had no negative effect on profitability and performance. (Video via Booking Hunter)