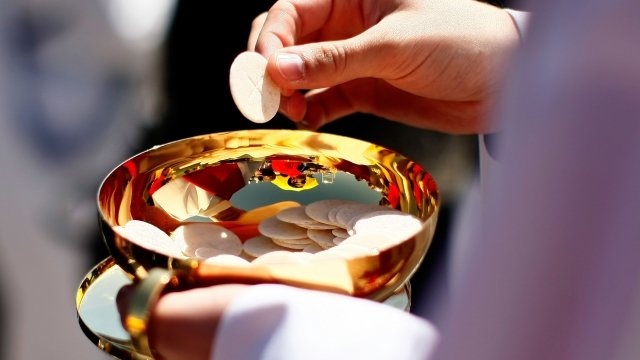 SMS
DC Attorney General Latest To Open Probe Into Clerical Sex Abuse
By Cristina Mutchler
By Cristina Mutchler
October 23, 2018
The civil investigation will look into whether the Archdiocese of Washington covered up allegations of clerical sex abuse of minors.
SHOW TRANSCRIPT

The civil investigation will look into whether the Archdiocese of Washington violated the law by potentially covering up allegations of sexual abuse of minors.

Racine's announcement comes at a time when the church is already under several state and federal-level probes into its handling of abuse complaints.

Last week, the Justice Department served subpoenas to Pennsylvania dioceses following an August grand jury report on decades of alleged abuse. The report also implicated Washington's Archbishop Cardinal Donald Wuerl in abuse cover up during his time as Bishop of Pittsburgh. He's since resigned, but Pope Francis asked him to stay on as apostolic administrator until a successor is chosen.

The D.C. archdiocese appears to be attempting more transparency on the issue. Earlier this month, it posted a list of dozens of priests it says have been "credibly accused of sexual abuse of minors" in the past.

So far, it hasn't publicly responded to this investigation.