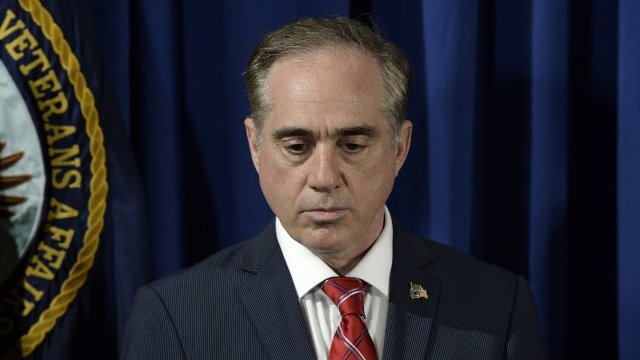 Former Secretary of Veterans Affairs David Shulkin apparently is not taking his firing too well.

In a scathing opinion piece published Wednesday in The New York Times, he bashed the environment in Washington.

He called it "toxic, chaotic, disrespectful and subversive." He also said he was removed from his position by people who wanted to privatize the VA and said it was "a terrible idea."

President Donald Trump tweeted Wednesday afternoon that Shulkin was out and announced he tapped Rear Adm. Ronny Jackson, the White House physician, for the position.

Shulkin was fired more than a month after the VA inspector general released a report detailing Shulkin's misuse of taxpayer dollars.