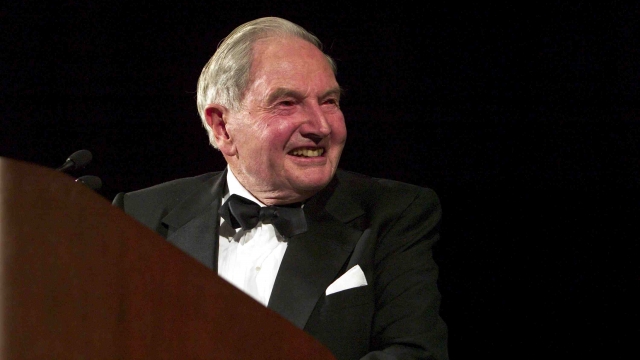 David Rockefeller, the world's oldest billionaire, died of heart failure Monday at the age of 101.

He was the last grandson of John D. Rockefeller, founder of Standard Oil and America's first billionaire.

David Rockefeller inherited a fortune from oil, but he also racked up accomplishments of his own. He had a doctorate in economics and was awarded the French Legion of Honor for his World War II military service.

After the war, he joined Chase National Bank, eventually becoming the CEO after a merger created Chase Manhattan.

His networking skills carried to international politics, where he became a confidant for Henry Kissinger, Nelson Mandela and others.

But these relationships sometimes had unintended consequences.

Rockefeller helped convince President Jimmy Carter to let the deposed Shah of Iran get medical help in the U.S. in 1979.

That decision ultimately led to the Iranian hostage crisis, in which followers of Ayatollah Ruhollah Khomeini took over the U.S. embassy in Tehran.

Beyond business and politics, Rockefeller was a philanthropist. He gave tens of millions of dollars to Harvard University, The Rockefeller University and the Museum of Modern Art. He pledged to make a $100 million donation to the museum upon his death.