Impeachment Inquiry: Who Is David Holmes? 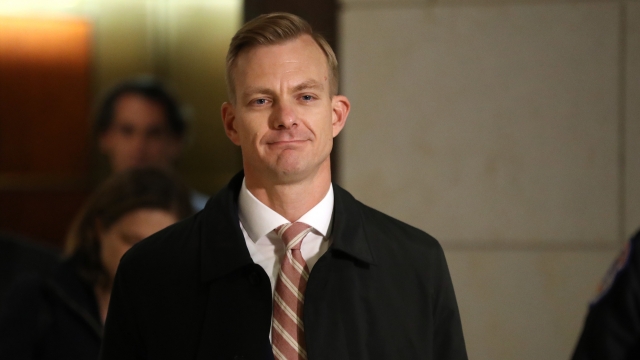 ​Holmes became a figure in the inquiry after it was revealed that he overheard a phone call between President Trump and Gordon Sondland about Ukraine.

David Holmes, the counselor for political affairs at the U.S. Embassy in Ukraine, is set to publicly testify this week in the impeachment inquiry against President Donald Trump. Here's some background:

According to an article in The Foreign Service Journal, Holmes served in a number of roles in the State Department prior to his work in Kyiv, including in Afghanistan, India and Russia. In 2014, he won an award from the American Foreign Service Association for raising concerns about how "the division of authority" between different parts of the State Department with respect to policy in South Asia had "hindered our diplomatic effectiveness."

Today his office is tasked with improving ties between the U.S. and Ukraine and encouraging anti-corruption reforms, among other goals.

Holmes became a figure in the impeachment investigation after acting U.S. Ambassador to Ukraine Bill Taylor publicly testified that Holmes had overheard a key phone call.

After the phone call, Holmes asked Sondland "for his candid impression of the President's views on Ukraine." He says Sondland replied that President Trump only cares about "big stuff that benefits the President, like the quote, unquote, Biden investigation that Mr. Giuliani was pushing."

In his deposition, Holmes also mentioned that the State Department "generally assumes" that cellphone calls — like the one between Sondland and the president — are being monitored by Russian companies.