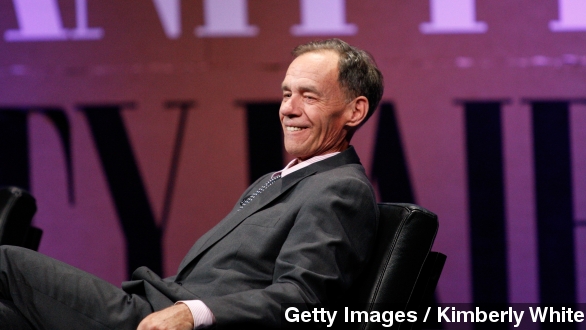 David Carr, a media columnist for The New York Times, died suddenly Thursday. He was 58.

Carr made a name for himself covering the media and its roll in American culture. He wrote a weekly column for The Times, where he had worked for more than 12 years. (Video via Mediabistro)

Just a day before his death, Carr had gone on CBS to discuss some of the biggest media stories of the week: the suspension of Brian Williams from NBC and Jon Stewart's retirement from the Daily Show.

In an email to staff, Times editor Dean Baquet said Carr had collapsed in the newsroom Thursday. Baquet said, "He was the finest media reporter of his generation, a remarkable and funny man who was one of the leaders of our newsroom."

Carr leaves behind a wife and three daughters.