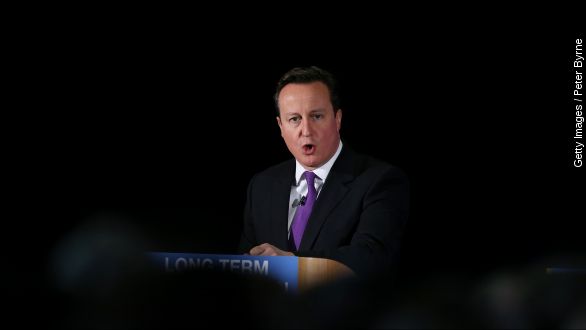 British Prime Minister David Cameron will soon introduce anti-terror legislation, which has been a main goal for his Conservative Party.

British Prime Minister David Cameron is less than a week into his Conservative Party victory in the UK general election and he's made one of his immediate tasks very clear: stamping out religious extremism.

According to e-mails from Cameron's office, the prime minister plans to provide details on a counter-terrorism bill to the National Security Council when they meet Wednesday. (Video via Euronews)

Some of those details within the bill include new immigration rules, bans on extremist groups that use hate speech, the power to shut down facilities used by extremists and other measures to take on what the bill calls "poisonous" religious extremism.

According to the 2015 Conservative Manifesto, which is a playbook of sorts for the Conservative Party, the focus on counterterrorism is in response to the rise of the terror group ISIS and home-grown terrorists, like the infamous "Jihadi John." While ISIS has been recently gaining more and more attention, Cameron has said fighting extremism in the UK has been a longstanding problem. (Video via CNN)

"We've been in this struggle against extremist Islamist terrorism now for well over a decade and a half," Cameron said.

Before the general election, the Liberal Democrat party and former Deputy Prime Minister Nick Clegg blocked proposed terror laws put forth by the Conservative Party over fears it would harm free speech.

Now that the Conservative Party is the majority in parliament, legislators will likely have an easier time passing the legislation. That plan will be formally announced during the Queen's Speech on May 27.