David Beckham Is Not About That Brexit Life 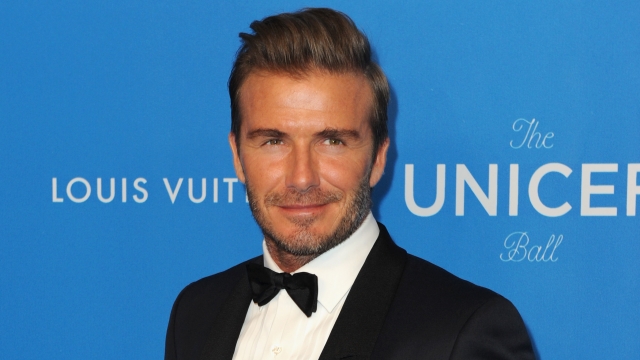 David Beckham says he will vote for the United Kingdom to stay in the European Union. The British soccer star made the announcement in a Facebook post Tuesday.

Voters will decide whether the U.K. will stay in the EU when they head to the polls on Thursday.

Beckham started his career in England before going on to play in Spain and the U.S. He posted a photo of himself with Manchester United teammate Eric Cantona, who is French.

Beckham wrote of his Manchester United team, "We were a better and more successful team because of a Danish goalkeeper, Peter Schmeichel, the leadership of an Irishman Roy Keane and the skill of a Frenchman in Eric Cantona."

He went on to say: "We live in a vibrant and connected world where together as a people we are strong. For our children and their children we should be facing the problems of the world together and not alone."

The post came on the same day British Prime Minister David Cameron pleaded with voters to remain in the EU.

"If we left, our neighbors would go on meeting and making decisions that profoundly affect us, affect our county, affect our jobs, but we wouldn't be there," he said during an address.

Beckham said no matter the outcome of the vote, both views should be respected.

This video includes a clip from The Guardian and images from Getty Images.