Dating Is Getting Tougher In The U.S. 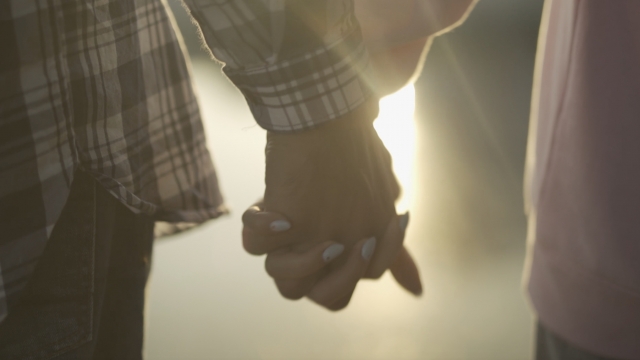 The "In The Loop" series Love Life digs into how Americans are dealing with the changing landscape of modern dating.

Nearly half of U.S. adults, and a majority of women, say that dating has become harder in the last 10 years or so in the U.S., according to the Pew Research Center.

Anna Brown, a researcher who has written extensively about American experiences with dating and related issues for the Pew Research Center, gave Newsy some insight on the statistics.

The most cited reasons behind the dating troubles included the challenge of finding someone who is looking for the same type of relationship: Whether it's casual romance or a serious courtship, 53% said this is a major reason. Other reasons included difficulty in approaching people at 46% and trouble finding someone who meets their expectations at 43%.

Those findings were based on data from 2019, and Brown's further research shows things seem to have only gotten worse during the pandemic.

While dating as a whole was regarded as hard by both single men and women, dating has been riskier for women in particular. Most women who identified as single and looking to date — 65% — said they experienced some form of harassment from their dates, such as being touched in a way that made them uncomfortable or rumors being spread about their sexual history.

Awareness surrounding these forms of harassment were heightened thanks to campaigns like the #MeToo movement, but 65% of Americans said that increased focus on sexual harassment and assault has made it harder for men to know how to interact with someone they're on a date with, begging the age-old question: Is chivalry dead?

"Women were far more likely than men to say that it's gotten harder because of risk, so that can be physical risk or emotional risk," Brown said. "Many people said that technology is the reason it's gotten harder. For online dating in particular, people tend to experience more severe forms of harassment."

Over the past decade, dating was already becoming more complicated in an increasingly digital America and the unique challenges that came with the rise of social media and dating apps. But singles have never been put to the test quite like they were during the pandemic.

Many popular dating apps reported a drop in the number of people actively dating, and those who did continue to date took things slower. Dating app data shows many used video calls and text messaging to get to know their match before meeting up.

Factors like a person's willingness to social distance and their COVID-19 vaccination status became a more prominent consideration for many looking for a potential partner, whether it was for the short term or the long run. As the pandemic's public health measures were politicized, it also trickled into dating, which was becoming more political in a post-Trump environment.

"We found that about half of people who have online dated in the last year say that it's been important to them to see someone's political beliefs on their online dating profile, and that is up considerably since 2019," Brown said. "We also found that most of that change was being driven by Democrats, and Democrats are more likely than Republicans to say that it's important to them to see that kind of information on someone's profile."

Reality TV shows are evolving to become more inclusive in terms of what modern love really looks like for different demographics and cultures.

As pandemic restrictions eased and much of the country received their vaccines, dating began picking up again. Many predicted 2021 would bring a lot of summer romance, with people across the nation trying to make up for lost time.

While that was certainly true for couples, with many ushering in a wedding boom after a year of putting off weddings, that rush of singles people expected to see was closer to a trickle.

After a lonely year of social distancing, many singles who were looking to date reported a desire to do so more purposefully, taking their time to pick partners. This trend was especially true for single Americans under 30, who don't want to risk taking a potentially meaningful connections for granted.

Some of these efforts took on new forms for the singles, with many swearing off dating apps and trying to meet people through friends or organically while out and about.

But others are going even further in their mission to find love, like with the live dating show called "UpDating." It aims to mix comedy with a vulnerable, yet very public search for love. The show is followed by thousands on TikTok, with some videos gaining more than a million likes.