Dating During The Pandemic Holidays 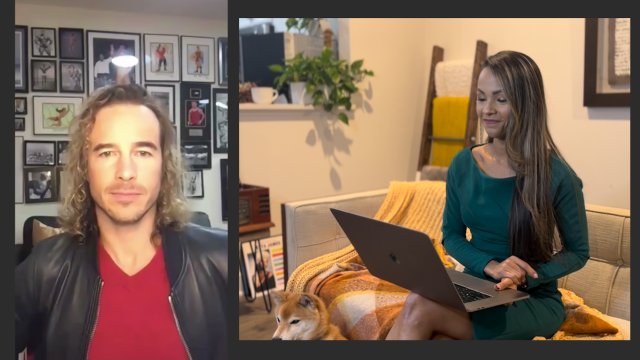 SMS
Dating During The Pandemic Holidays
By Terace Garnier
By Terace Garnier
December 23, 2021
Dating coaches say business is booming, but the field can still be a little awkward to play, especially during the holidays and a surging virus.

There are a lot of things people stress about during holidays — who is hosting dinner, what to wear, what to cook, what gifts to give — the list goes on. Now try adding dating to the mix, and then add the extra layer of dating during a pandemic.

For years, Kiberly Simonetti has worked to unite strangers hoping to find love in the Washington, D.C., area as a dating coach with The MatchPro, and she says the pandemic has definitely had an impact on that search.

"People are starting to get really serious and really wanting to find people, and they were tired of these games online and worrying about safety." Simonetti said.

According to Statistica.com, the most popular dating apps for 2021 are Tinder, Bumble and Hinge based on the number of downloads, and Simonetti says each app definitely has its perks.

"If you're an inexperienced dater it can help you get practice so that’s the really great thing about a dating app," Simonetti said.

Something actor Ryan Carnes' character in the Hulu movie "Cupid for Christmas" seems to fail at miserably. The romantic comedy pokes fun at dating on apps and how fun or disastrous playing the field can really be.

"I think one of the ways that the movie really touches on dating the most is that it's like, you know, I think I think a lot of times in the dating world thing, things don't work out as we necessarily want them to or think they should, but they work out how they're supposed to in the end," Carnes said.

His character, Charlie, is a professor who is not so enthusiastic about putting himself out there, but Ruby, played by Melanie Stone, is auditioning to take over Cupid's position, and she wasn't going to take no for an answer.

"No matter how hard Ruby tried to get Charlie to fall in love with the people that she wanted him to fall in love with, and the end didn't quite work out that way," Carnes said. "It worked out in a way that was better than anybody could have imagined."

"They have to look a certain way or be a certain way and they have these preconceived ideas and they really miss the beautiful opportunity of meeting people, meeting strangers really," Simonetti said.

While Carnes says he doesn't want to spoil the ending, he does want  viewers to walk away with this message, something he himself has discovered since the pandemic began.

"For myself, the last couple of years I've really gotten clarity around things that are really important to me," Carnes said. "I hope that that's true for a lot of people, and so maybe when it comes to the dating process, people are willing to be a little bit more real, a little bit more vulnerable, a little bit more, who they really are."