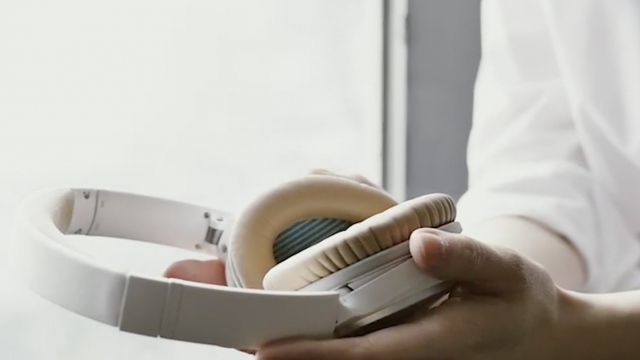 SMS
Experts Warn Of Hearing Loss Due To Unsafe Listening Practices
By Lindsey Theis
By Lindsey Theis
November 17, 2022
Data from 2000 to 2021 on unsafe listening published in the British Medical Journal found two and a half hours of 92-decibel noise could do damage.

Cranking up the volume is putting more than a billion 12- to 34-year-olds at risk of hearing loss.

Researchers shared their analysis of data from 2000 to 2021 on unsafe listening practices in the British Medical Journal.

Listening to headphones or going to a concert or restaurant where the volume was too loud for too long could cause irreversible damage.

"They will come in complaining about persistent ringing in their ears, but their hearing test looks normal," Otolaryngologist Dr. Landon Duyka said. "And then, once we retest them over several years, we'll notice that hearing has dropped off." 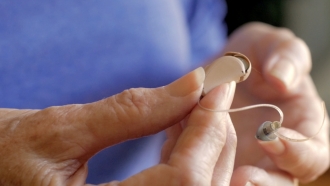 The loud sounds — essentially trauma — damage hair sensory cells in the cochlea, which is the snail-looking part deep in your skull, in the inner ear.

"The hair cells die," said Dr. Dylan Chan with the University of California, San Francisco. "There is no way of getting them back."

The CDC says 85 decibels over a 40 hour work week is the max safe limit.

The BMJ study found just two-and-half hours of 92 decibels could do damage.

Duyka was not in the study. He tells Newsy that noise exposure trauma is a sliding scale.

"And sometimes you can have one episode of noise exposure that is so intense that even that one episode can lead to lifelong hearing loss," Duyka said.

And just in time for holiday traveling, Chan offers this: "There's a whole lot of great headphones out there that actually have hard limits to the to the volume that they can produce. And they're actually capped up at 85 decibels, which is the sort of limit of safe hearing."