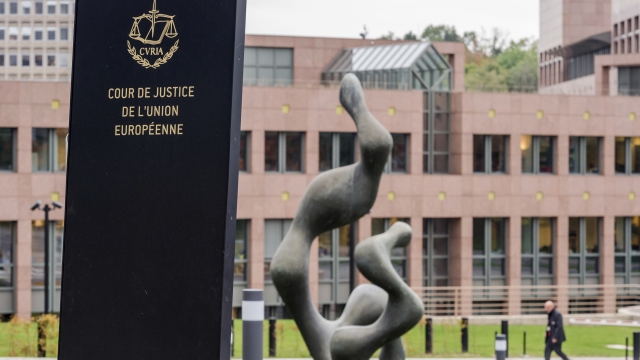 The European Union's top court struck down a major e-commerce agreement between Europe and the U.S., because of concerns the American government can violate the privacy of Europeans.

The "Privacy Shield" agreement, which had just recently begun, allowed thousands of companies to transfer EU citizens' data to the United States. The deal allowed companies to opt in for higher privacy standards, but privacy advocate Max Schrems challenged whether or not it really protected data from the U.S. government.

The court wasn't convinced. It wrote: “The limitations on the protection of personal data arising from the domestic law of the United States... are not circumscribed in a way that satisfies requirements that are essentially equivalent to those required under EU law."

With Privacy Shield invalidated, regulators can no longer assume tech companies, such as Facebook, will protect user data. Schrems says the "only solution" for American tech companies will be "serious surveillance reform in the U.S."

He said, "The Silicon Valley will simply realize that either US laws are going to be changed to a certain extent or they will literally have to move a lot of their operations to Europe and even split their systems into two parts. And I don't think that that is like any helpful long-term solution to this whole idea."