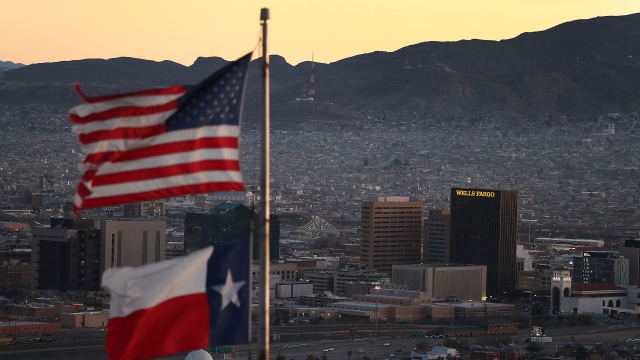 As part of his push to build a border wall, President Donald Trump held up El Paso, Texas, as an example of how effective a wall can be.

"The border city of El Paso, Texas, used to have extremely high rates of violent crime — one of the highest in the entire country, and considered one of our nation's most dangerous cities. Now, immediately upon its building, with a powerful barrier in place, El Paso is one of the safest cities in our country," President Trump said during the State of the Union.

There are of a lot factors that impact a region's violent crime rate, so it's hard to definitively say how the border wall affected El Paso's crime rate, if at all. The president didn't mention specifics like a timeline or a definition of violent crime. But we can take a broad look at crime data complied by the FBI to see if his assertion holds up.

Now let's bring in the border wall: Construction all along the southwest border kicked into high gear after President George W. Bush signed the Secure Fence Act of 2006. Most of the border within and around El Paso city limits has taller fencing designed to stop people and vehicles from illegally entering the U.S. There are currently 132.5 miles of border barrier in Texas, and according to the state's attorney general, construction was finished in 2010.