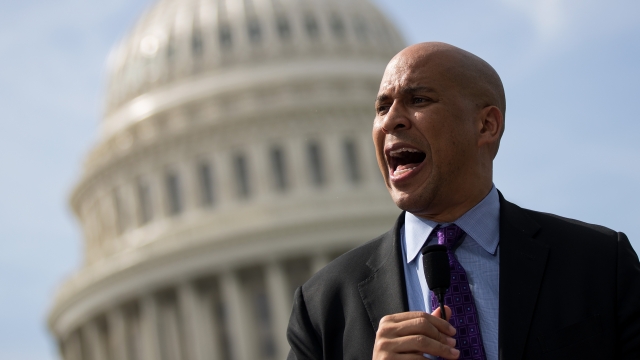 The Democratic presidential candidate said lowering the enrollment age for Medicare could save the government money and lower everyone's premiums.

Health care, and specifically a Medicare-for-all system, has already proven itself to be a key issue for the next presidential election. And it looks like Democratic presidential candidate Sen. Cory Booker made a misstep during an interview on "CBS This Morning."

"Even the CBO says if you lower Medicare to allow 50-year-olds to get into it, you can actually save, not only save the government money, but you can lower premiums for all Americans," Booker said.

Problem is, there's no study from the Congressional Budget Office that says that. But moving beyond Booker's incorrect source, let's look at the claim itself — that lowering the Medicare age requirement would save the government money and lower everyone else's insurance premiums.

Our partners at Politifact reached out to Booker's office, which pointed them to an article from a health policy and research journal. That article looks into the possible effects of lowering the Medicare enrollment age from 65 to 55 years old. Booker mentioned lowering the enrollment age to 50, so again, it looks like he misstated some of the details.

But whether it's 50 or 55 years old, could lowering that enrollment age save people money? The idea relies on their health. Taking people in that age group out of the private insurance market would leave behind an overall younger, healthier population. That could hypothetically lead to lower premiums because overall costs for insurance companies would likely decrease.

There'd probably be a similar effect on Medicare costs. Adding so many comparatively younger and healthier people to Medicare would likely reduce the cost per person. But more people enrolled in the government-funded program still means higher overall costs, and it's unclear what the net impact on spending would be.

Booker made a pretty big claim when he said "all Americans" would see lower health insurance premiums and the government would save money if the Medicare enrollment age decreased. And from the information his office provided, it doesn't look like he has the data to back up that statement.