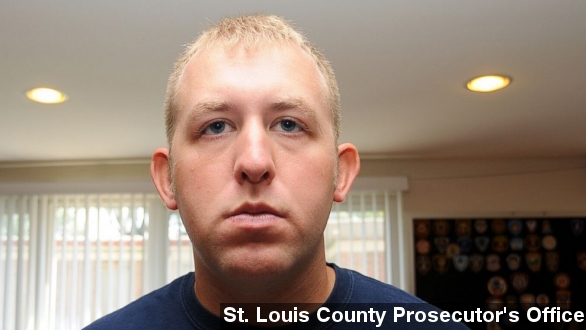 Darren Wilson, the police officer who fatally shot Michael Brown back in August has officially resigned from the Ferguson Police Department.

The St. Louis Post-Dispatch obtained a copy of Wilson's resignation letter, which reads in part, "I have been told that my continued employment may put the residents and police officers of the City of Ferguson at risk. ... It was my hope to continue in police work, but the safety of other police officers and the community are of paramount importance to me."

Wilson's shooting of the 18-year-old Brown, and the Ferguson police department's response, generated outrage across the country. Chaotic protests gripped the streets of Ferguson and sparked a nationwide debate about race and law enforcement.

Protests were recently reignited this week after a grand jury decided not to indict Wilson for the shooting. The former officer is still at the center of a federal civil rights investigation, and could face civil charges from Brown's parents.

Wilson was close-mouthed about his future with the police force during an interview with ABC's George Stephanopoulos.

"That was the job of my life. I loved it. ... My only goal was to be promoted to sergeant. That's all I ever wanted."

But it's been assumed that the former officer would retire from the force, regardless of whether he was indicted from the shooting. Wilson's lawyers told CNN it's practically impossible for Wilson to go back to work in law enforcement.

"There are death threats out against him, there are bounties that have been placed on his life. ... Realistically Don, he can't go back to being a police officer. There's no illusion about any of this," lawyer Neil Bruntrager said.

Wilson's currently living in an undisclosed location, which his lawyer says will be his more-or-less permanent residence. The former officer was married a few weeks prior to the grand jury decision, and the couple is expecting their first child.