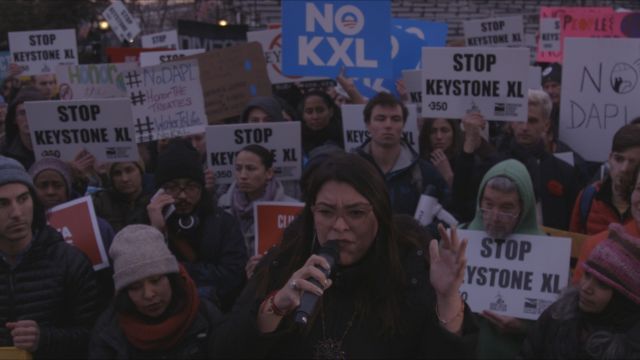 "We know Donald Trump is invested in himself," Eryn Wise of Sacred Stone Camp said. "He's not invested in the well-being of the American people."

Hundreds protested at the White House after President Trump approved the Dakota Access and Keystone XL pipelines. The Dakota Access Pipeline threatens clean water for millions, including indigenous tribes. Trump holds a stake in the company behind the pipeline and stands to profit from it.

"Standing Rock is a catalyst for something greater than this movement," Wise said. "It is indigenous people that are rising together because we realize that our rights have not been represented."