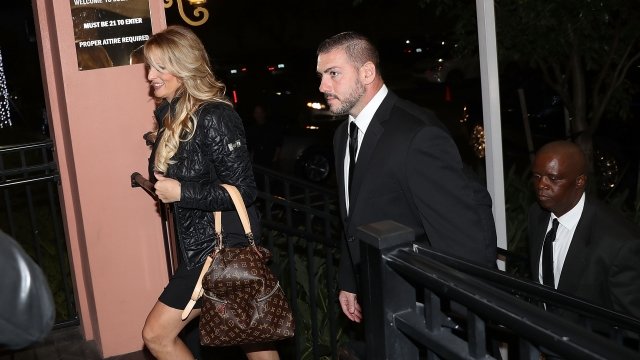 SMS
Daniels Describes Alleged Affair With Trump In '60 Minutes' Interview
By Katherine Biek
By Katherine Biek
March 26, 2018
The adult film star said she risked violating her nondisclosure agreement because she wanted to defend herself.
SHOW TRANSCRIPT

Despite a nondisclosure agreement, adult film star Stephanie Clifford — better known by her stage name Stormy Daniels — sat down with "60 Minutes" to talk about her alleged affair with President Donald Trump.

In the interview, Clifford detailed what she said was the one sexual encounter she had with Trump in 2006. She said she was later threatened by an unknown man after she agreed to sell her story to a magazine for $15,000 in 2011.

Clifford, who didn't say whether she had evidence of her alleged affair, told "60 Minutes" that she ultimately decided to risk the $1 million fine for violating her nondisclosure agreement because she wanted to defend herself.

Earlier this month, Clifford sued Trump in an attempt to dissolve that nondisclosure agreement. She claims that agreement is void because Trump never signed it.

Trump denies having an affair with Clifford. As of early Monday morning, the White House had not released any sort of response to the interview.