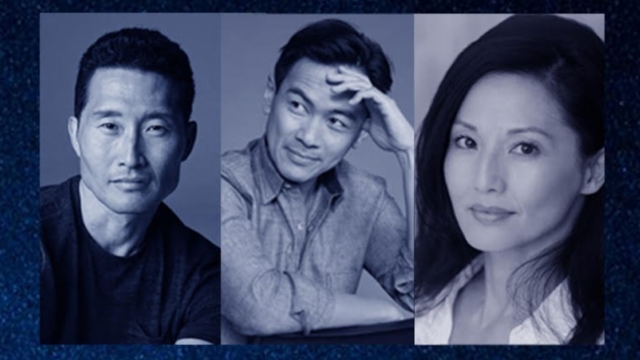 SMS
Daniel Dae Kim Tackles 2020 Election Divisions In 'Belly Of The Beast'
By Casey Mendoza
By Casey Mendoza
October 31, 2020
"Belly of the Beast" debuted Sunday, Nov. 1 and spotlights the effects of social media and misinformation on democracy.
SHOW TRANSCRIPT

Actor Joel de la Fuente: "Because of social media, and the acceleration of the technology around it, we are now in a position where people are having individual realities constructed for them. … It's not really just a question of one party versus another party. It's not a question of person 'x' versus person 'y.' We're talking about a technology that exists that everybody can and is using to affect our ability to make choices."

The play's spotlight on misinformation and polarization is based on what's happening in real life. A recent Newsy investigation on "perception gaps" found that most people assume they know the beliefs of people from different political parties based on news or social media, rather than actually talking to them. That deepens the political divide.

Kim: "The issue that we're dealing with is the divisiveness and the polarization. … They are a separate issue from whether you believe left or right. It's about the demonization of the other side, regardless of which of which side you're on."

Kim, who has campaigned for presidential candidate Joe Biden, acknowledged that the voices of political opponents are important to listen to.

Newsy Reporter Casey Mendoza: "Were there ever any worries of negative reactions from audiences who say this play could be too liberal or too conservative?"

"I just got a tweet 30 minutes ago, basically saying, I'm never watching anything else you're ever doing. So yes, these kinds of reactions are out there. But if you believe that art holds a mirror up to life, or if you believe what Brecht says that not only is art holding a mirror up to life, but it's also a hammer with which to shape it, then this is the role of the artist in society."