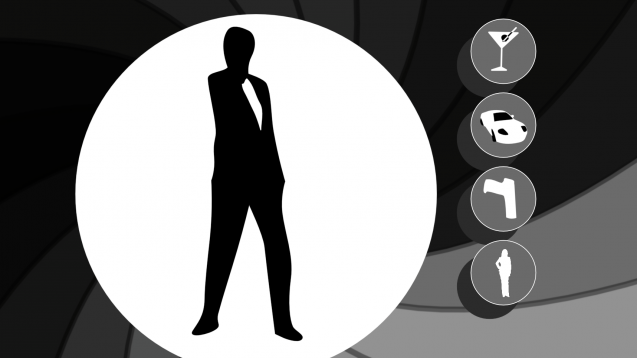 How Bond are the Bond actors?

It's officially here — the 24th James Bond film. "Spectre" is Daniel Craig's fourth rodeo as the famous British super spy, and he's the sixth actor to take on the iconic role.

Six different actors. Thousands of opinions on which one is best. We decided to watch all 23 movies in the canon and tally up which actor is the "Bondest" Bond.

The actors were ranked and averaged in four categories: hangover score, Aston Martins driven, personal kills and hook-ups. You know, the serious stuff.

Daniel Craig definitely has the most severe hangover. He averages a little over five drinks per film. This average is based on drinks he downs on camera, not ones that are implied or ordered but not consumed. (Video via Sony Pictures Entertainment / "Skyfall")

In contrast, Timothy Dalton was the most sober Bond, averaging one drink per film — that's in two films. (Video via United Artists / "License to Kill")

George Lazenby and Daniel Craig tie for number of Aston Martins driven — both averaging one per film.

But since Lazenby only starred in one Bond film, we're going to break this tie by including the cars from "Spectre." Since Craig wrecked $37 million worth of Aston Martins in the new film, he wins this standoff, hands down.

Surprisingly, the actor who starred in the most 007 films, Roger Moore, didn't drive a single Aston. For over 20 years, not one of the cars appeared in a Bond film. (Video via Metro-Goldwyn-Mayer / "The Man with the Golden Gun")

It's interesting to note that throughout all of the actors' averages, arguably the most iconic Bond actor, Sean Connery, falls into the middle of the pack on our Bond scale. (Video via United Artists / "Dr. No")

Pierce Brosnan was the deadliest super spy, averaging 16 kills per film. For this ranking, we only counted the actor's direct kills, not ones resulting from car chases or explosions. (Video via Metro-Goldwyn-Mayer / "Die Another Day")

This might've been the hardest number to nail down for obvious, explosive reasons. For example, Moore blew up two submarines and nuked a control room in "The Spy Who Loved Me." (Video via United Artists / "Tomorrow Never Dies")

And speaking of Moore, he was a serious ladies' man. Moore's Bond is the only one who slept with four women in one film: "A View to a Kill."