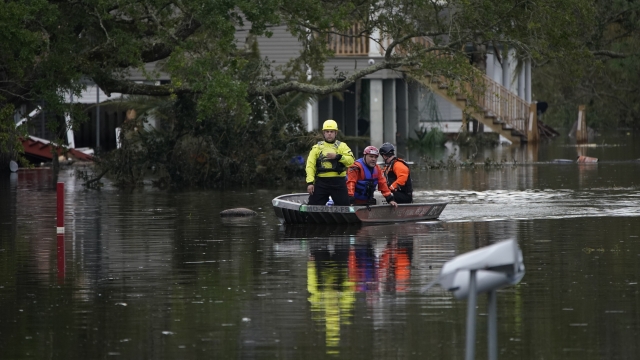 SMS
Damage From Hurricane Ida Estimated To Cost $18 Billion
By Emily Grossberg
By Emily Grossberg
September 2, 2021
The analysis from a risk-modeling firm is likely conservative, as another firm estimates the cost could exceed $50 billion.

In much of New Orleans, an ongoing power outage after Hurricane Ida is making the sweltering summer unbearable. But in some areas outside the city, that misery is compounded by a lack of water, flooded neighborhoods and severely damaged homes.

Four days after Hurricane Ida struck, the storm's aftermath — and progress in recovering from it — are being felt unevenly across affected communities in Louisiana. The levee system revamped after Katrina protected New Orleans from catastrophic flooding after Ida struck on Sunday with 150 mph winds, tied for the fifth-strongest hurricane to ever hit the mainland U.S. 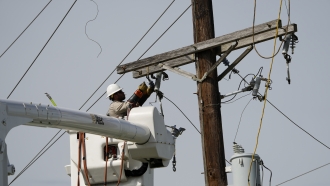 After Hurricane Ida, New Orleans Could Be In The Dark For Weeks

The power was back on before dawn Thursday in parts of the city's central business district, the electricity company Entergy announced. Utility crews also restored power to Ochsner's main hospital campus in Jefferson Parish and several hospitals near Baton Rouge.

Statewide, 917,000 customers were without electricity, down from about 1.1 million at the height of the storm.

The hurricane tore apart water systems too. At least 600,000 customers had no running water, while hundreds of thousands of other homes and business were being told to boil their water before using it.

At least five deaths were blamed on the storm in Louisiana and Mississippi, while at least 15 deaths have been confirmed in Maryland and the Northeast, with officials warning there likely will be more. Ida’s remnants have caused catastrophic flooding in New York City and surrounding areas. Rivers overran their banks in Pennsylvania, and tornadoes struck around Philadelphia.

Damage from Hurricane Ida could cost $18 billion, and that analysis from a risk-modeling firm is likely conservative.

Another firm estimates that total damage could exceed $50 billion, making it among the costliest U.S. hurricanes.