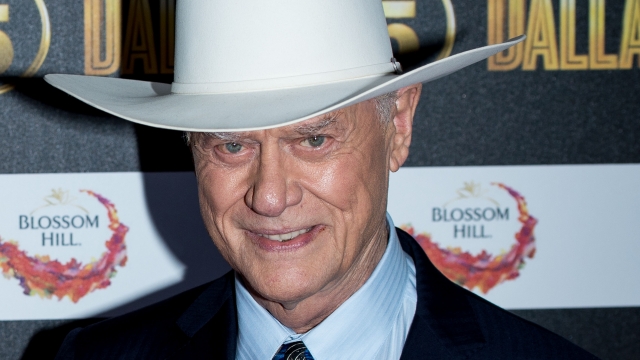 Larry Hagman, the man who played oil tycoon J.R. Ewing in the TV drama "Dallas," was known as the life of the party. But before his death in 2012, he might've been steeped in regret.

His last words to his daughter Kristina: "Forgive me."

That's one of many revelations the Daily Mail detailed in Kristina Hagman's new book, "The Eternal Party: Understanding My Dad, Larry Hagman, the TV Star America Loved to Hate."

Kristina says growing up with her TV star father was — as the title indicates — a party, but she also says Larry struggled with substance abuse and infidelity.

Hagman said, "People want to believe that he found it easy to quit drinking. ... But it's just not true."

Hagman recounts trying LSD with her father, an experience she said she didn't dislike.

But the prevalence of drugs and alcohol in the Hagman household might've led to some dark encounters. Hagman said at 8 years old that she was sexually assaulted by drugged-up young men who were supposed to be looking after her while her parents were gone.

And she alleges when she was 15, a high Dennis Hopper suggested she get in a jacuzzi so he could have sex with her.

Larry Hagman had a liver transplant in 1995 that saved his life after years of alcohol abuse. He later died in 2012, just months after the reboot of "Dallas."

While Larry reportedly had his own demons, Kristina says her father's complexities made him "a three-dimensional character." Her book is available in hardcover on June 7.

This video includes images from Getty Images and clips from TNT / "Dallas" and CBS / "Dallas."