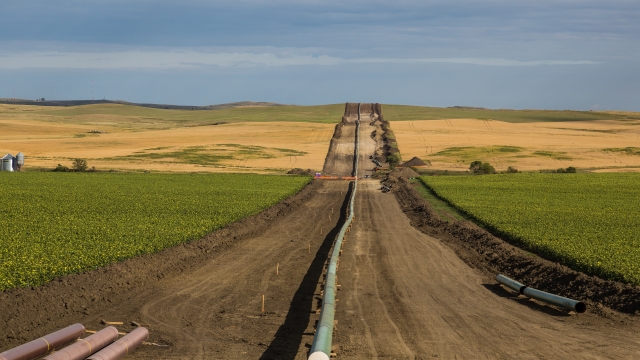 The Dakota Access pipeline isn't operational yet — but it's already sprung its first leak.

Officials say the controversial pipeline leaked about 84 gallons of crude oil at a South Dakota pump station in early April.

The relatively small spill was properly cleaned up soon after it was discovered.

And the state's Department of Environment and Natural Resources did add some information about the leak to its online database.

But the agency says it didn't issue a news release about the spill because it didn't pose a threat to public health, drinking water systems or fisheries.

Still, opponents of the DAPL say this incident highlights the concerns they've had all along — that the pipeline is a threat to the environment.

News of the leak comes just a few weeks before the pipeline is scheduled to officially be up and running. Construction on the project is complete, and it's expected to be fully operational June 1.