Daimler Scraps Plan To Expand In Iran Following US Sanctions 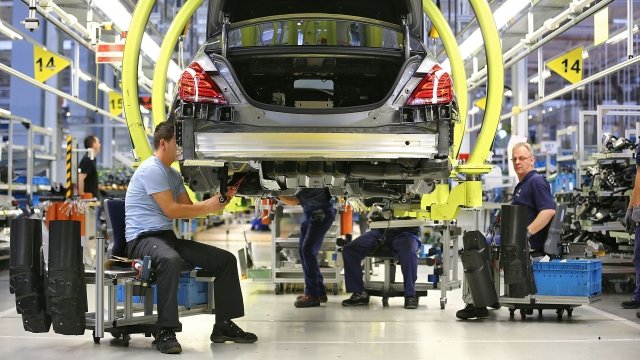 The maker of Mercedes-Benz is scrapping plans to expand its business in Iran after the U.S. re-imposed sanctions Tuesday.

After the Iran nuclear deal was signed in 2015, Daimler announced plans to team up with a local vehicle manufacturer to produce and sell Mercedes-Benz trucks and powertrain components.

But President Donald Trump pulled the U.S. out of the deal earlier this year, allowing sanctions to snap back into place over time. After the first set were restored Tuesday, he tweeted, "Anyone doing business with Iran will NOT be doing business with the United States."

Bloomberg reports nearly one quarter of Daimler's total sales come from the U.S.

As of Tuesday, the car manufacturer hadn't yet resumed production in Iran. CNN noted Daimler also hasn't sold cars there in eight years.