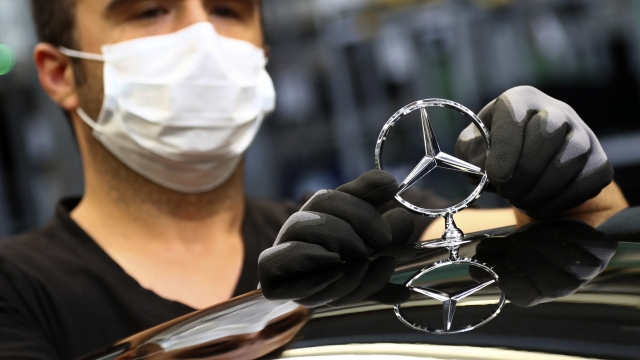 German automaker Daimler AG and its subsidiary Mercedes-Benz will pay $2.2 billion to settle claims they cheated on emission tests in the U.S.

The Justice Department and EPA say the companies used software to dodge rules including using "devices designed to defeat emissions controls." This led the automakers to release 250,000 diesel engine vehicles not up to federal emissions standards.

Daimler's case is similar to lawsuits against automakers Volkswagen and Fiat Chrysler. Volkswagen admitted to breaking emission rules and settled for $2.8 billion. Fiat Chrysler is still under investigation, but agreed to pay a $650 million settlement.

The lawsuit against Daimler will require the automaker to fix all effected vehicles. Daimler said it would settle with the government and vehicle owners, but did not admit liability.

California will receive $17.5 million for future environmental enforcement under the settlement. In a statement, California Attorney General Xavier Becerra said, "Installing defeat device software on your vehicles to deceive emissions regulators doesn't qualify as doing more. It just means you'll pay more in penalties once we catch you."