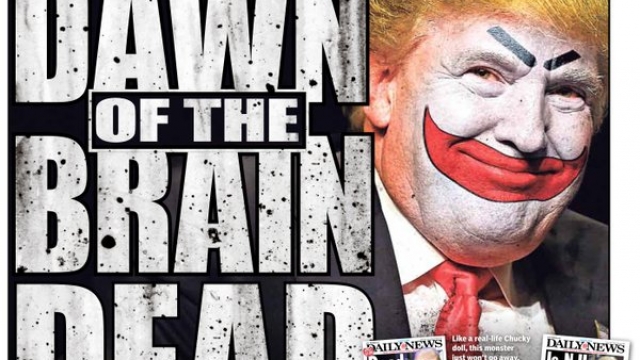 The New York Daily News hasn't shied away from controversial covers for its publication before.

And now, at the center of the latest issue is presidential candidate Donald Trump, his face Photoshopped with clown makeup and a caption that reads, "Dawn of the brain dead."

Tuesday, Trump topped the GOP polls in the New Hampshire primary after coming in second at the Iowa caucuses.

This is actually the second time Trump's graced the Daily News' cover this week. On Tuesday, the outlet captioned the cover, "Is N.H. smarter than this 5th-grader?" next to a picture of Trump.

And previously, the outlet called Trump a clown shortly after he announced his presidential run.

The publication tweeted a preview of the cover Tuesday night. But as of early Wednesday morning, Trump had yet to comment on it.