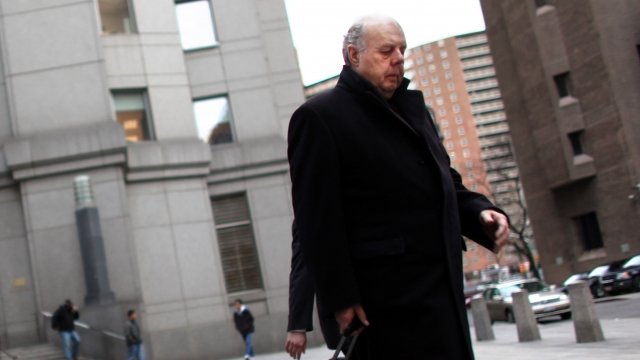 SMS
Report: Trump Lawyer Says No Decision On Mueller Interview
By James Packard
By James Packard
January 25, 2018
President Trump's lawyer says he'll have the final say on if the president talks to Robert Mueller, according to The Daily Beast.
SHOW TRANSCRIPT

One of President Donald Trump's lawyers, John Dowd, just told The Daily Beast he's the one who will decide if the president talks to special counsel Robert Mueller.

That comes just a day after the president told reporters he would "absolutely" talk to Mueller — even under oath.

The president did say talking to the chief investigator on the Russia probe was "subject to" his lawyers. Dowd reportedly said Thursday the president's legal team hasn't made a decision about whether the commander in chief will interview with Mueller.