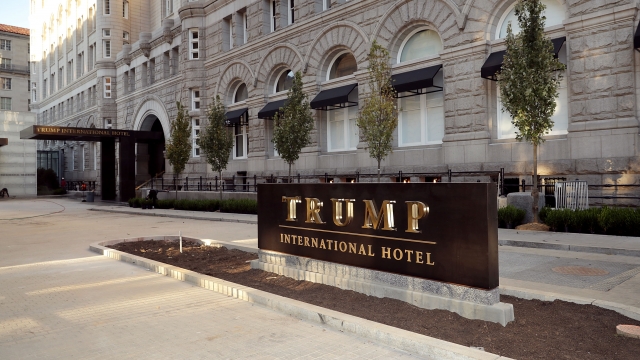 Attorney General Karl Racine accused the committee and the Trump family of colluding to “grossly" overpay, spending $1 million for event space in the Trump D.C. hotel. The lawsuit says similar businesses were charged a fraction of that price.

"We are seeking to recover the nonprofit funds that were improperly funneled directly to the Trump family business," Racine said in a statement.

However, a Trump Hotels spokesperson disputes this, saying in a statement to Newsy that Racine's claims were "false, intentionally misleading and riddled with inaccuracies."

"The rates charged by the hotel were completely in line with what anyone else would have been charged for an unprecedented event of this enormous magnitude," they said. "This complaint reeks of politics and is a clear PR stunt."

This lawsuit comes as The Trump Organization is attempting to sell the lease to its building in Washington, D.C., with preliminary bids being accepted until Thursday, according to The Washington Post.