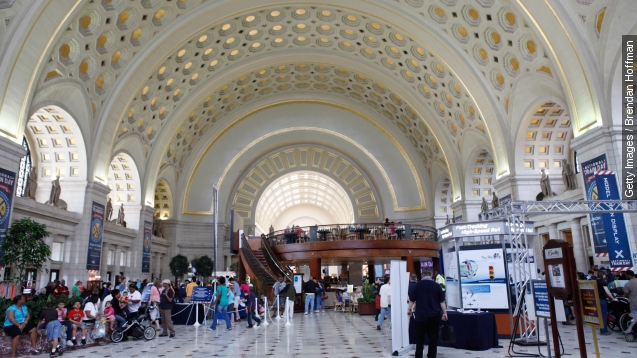 Both the man and woman will survive. Authorities have not released their names or the identity of the security guard. (Video via CNN)

Union Station reopened shortly after the shooting. D.C. police say they are continuing their investigation. (Video via Fox News)

The incident comes on a day of heightened security due to the 14th anniversary of the Sept. 11 terrorist attacks.