D.C.'s Mayor Is Reigniting The Fight For Statehood 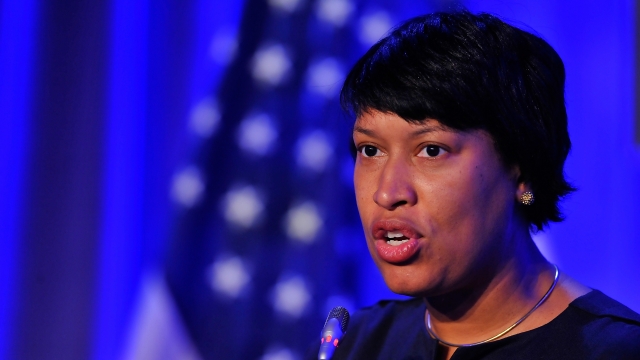 SMS
D.C.'s Mayor Is Reigniting The Fight For Statehood
By Ben Lawson
By Ben Lawson
April 15, 2016
The mayor of Washington, D.C., wants the nation's capital to become a state.
SHOW TRANSCRIPT

Washington, D.C., Mayor Muriel Bowser is resurrecting the fight for the nation's capital to become its own state.

Bowser announced Friday she plans to have the issue on the city's ballot in November.

Because D.C. isn't part of a state, its citizens don't have voting representation in Congress. It also means Congress has to approve the city's budget along with the national budget.

That means legislators from all over the country have a say in how D.C. spends its own money. And when Congress is gridlocked on the national budget, the capital's budget also gets stuck.

So now, Bowser's team is updating a constitution originally drafted in 1982 to make the nation's capital its own state, though that petition — along with other past efforts — didn't get far in Congress.

In her announcement Friday, Bowser blamed partisan politics. Many statehood advocates have argued D.C. isn't a state because there are "too many Democrats" and that Republicans wouldn't give it voting power.

This video includes The American Israel Public Affairs Committee and MSNBC and an image from Getty Images.